Have you ever come across a word that you had a hard time pronouncing or thought about the right pronunciation and found out later that you were wrong all along? Well, you’re not alone! Native speakers themselves can get it wrong sometimes. Here are five of the most commonly mispronounced words in the English language:

Choir: a group of singers, typically one that takes part in church services. This is derived from French and thus the difficulty in pronunciation is quite understandable. It should be pronounced as kw-eye-er, though.

Squirrel: a tree-dwelling rodent with a bushy tail, typically feeding on nuts and seeds. This poses a challenge to anyone who may attempt to read it as “skwee-rel”. However, the right pronunciation is sk-whirl.

Colonel: an army officer of high rank; an officer below a brigadier general. The confusion in the spelling and pronunciation of this word can be traced back to its Italian and French origins. However, to make things easier for you, just remember the word “kernel” (a softer, usually edible part of a nut, seed, etc.). It has exactly the same pronunciation!

Forte: a strong point or strength. Another “foreign” word on the list, many people seem to be confused with its right pronunciation. Just like the other words here, it has its origins in French, so no wonder it can challenging for others to say it. FYI, it should be pronounced as for-tay.

Quinoa: a type of grain that is popular among vegans and health nuts. Rooted from Spanish, this word is often mispronounced as “kee-no-ah”. However, the right pronunciation is keen-wah. 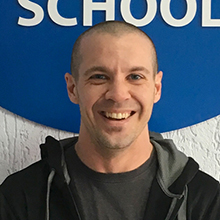