The story of our American Thanksgiving is a complicated one. It’s steeped in history, but veiled in myth — from its origin as an English Colonist celebration, following a shocking massacre of Native Americans, in 1636, to President Lincoln’s proclamation of giving thanks, following the victory at Gettysburg during the Civil War, in 1863. Several of our presidents had proclaimed a day of thanksgiving, including President Roosevelt who, in 1941, officially changed the date of Thanksgiving. He made our national holiday to fall on the fourth Thursday of November, in order to boost retail sales at the end of the Great Depression. The myth guides us on how we Americans should celebrate this holiday, but there’s one problem with that — we Americans are not monolithic.

Myth: We learn as schoolchildren that the first Thanksgiving was celebrated at Plymouth Rock, in 1621, between Pilgrims and American Indians. The Pilgrims were English colonists who had ventured to the New World and had founded Plymouth Colony. They had been met with very harsh living conditions, and the Indians, who inhabited this area, were kind enough to teach the Colonists how to plant corn. That autumn, there was a bountiful crop. The English Colonists were grateful to the Indians for essentially saving their lives, and the Indians, in turn, were grateful for the mere presence of the newcomers. Together, they celebrated this abundant harvest and their strong-bonded friendship. We are taught that the new friends had all sat down to a long table, in gratitude, and shared an elaborate feast together, in ever-lasting peace and harmony. Many pieces of art have been created over the centuries to capture this myth.

Massacre: In truth, the Pilgrims had established their colony in an old abandoned Indian settlement and these Indians, who had saved these Pilgrims’ lives, belonged to the Wampanoag Confederation — a loosely knitted coalition of several dozen villages that controlled most of southeastern Massachusetts. They were not grateful for the Pilgrims’ presence, however. In fact, they were well versed in dealing with foreigners who had come from across the ocean, and who had invaded their territory. These foreigners carried infectious diseases, hunted on their lands, were deceptive, inserted themselves between warring native nations, and threatened their way of life. Native Americans, over time, came to know that the best way to manage, what they viewed as “dirty foreigners,” was to trade with them.

The indigenous had, indeed, shared their expertise of food cultivation with the Pilgrims, and in 1621, they surely did sit down to a meal with them after a bountiful harvest. However, the first Thanksgiving that was proclaimed, as such, was an extravagant celebration that actually followed a massacre of the Pequot native people, in 1636. A colonist (who the Pequot people had accused of kidnapping their children) had been found murdered. So, in retaliation, Plymouth Colony Governor William Bradford ordered a massacre of the Pequot people. Their dwellings were set ablaze and those that survived the fire were slain by swords. The day after the massacre, the Governor wrote, “...from that day forth shall be a day of celebration and thanksgiving for subduing the Pequots.” He then heralded that for the next one hundred years, every Thanksgiving Day, ordained by a Governor, would be in honor of this bloody victory. He thanked God that the battle had been won against the Pequot people.

Family Time: Thanksgiving is a time for extended family to sit down at the table and enjoy old memories and catch up on updated news. But what if there is a lot of discord in your family? The obligation is pretty strong to celebrate this holiday together, no matter what. So, some family members will fly miles to their destination, having decided to just grin and bear it. Some of these American families will successfully get through this day in one piece, while other American families will end the holiday with even more of a gape to their emotional wounds, or a bigger rift to their political divide. Hopefully, many more American families will truly come together in one loving embrace — after all, there is the Thanksgiving football game to watch, together, on this day.

Forced Gratitude: There is this tradition at Thanksgiving for each person sitting at the table to take his or her turn, when called upon, to trumpet what he or she is grateful for. This is designed to encourage one to contemplate on the cornucopia of goodness in one’s life, and to share how appreciative one feels for these gifts. Some of us Americans adore this moment, and some of us Americans find it cringe-worthy. While I won’t disclose to you which camp I fall into, it is interesting, to say the least, to observe how each handles his or her moment under the heat of the spotlight. Some will relish the moment, drawing it out to great lengths; some will be embarrassed and stutter; some will be gracious; and some will make a joke out of it by stating their gratefulness for something silly and trivial.

Turkey Presidential Pardon: There is a tradition at the White House to give a turkey a “presidential pardon” and “allow” him to live. It’s supposed to be a lighthearted ceremony. But I ask, what criminal act has that turkey done to be in a position to even have to merit being pardoned? Nothing! He is just an innocent turkey being a turkey! I agree with the sentiment of PETA’s motto — that turkeys are sentient beings and shouldn’t be ridiculed for our entertainment!

Turkey Murder vs. Vegetarianism/Veganism: Turkey is the main course of the Thanksgiving meal. Many turkeys are murdered for this day and turkey farms profit off this bloody slaughter. But if you are vegetarian or a vegan, what do you eat? Stuffed pumpkin, of course, and lots of pumpkin pie!

Black Friday / Consumerism: The day after Thanksgiving marks the official commencement of holiday shopping at the malls. It’s when retailers offer tantalizing sales to attract the consumer and make him/her spend, spend, spend on things they don’t really need or want. Of course, it’s fun to shop and it’s great for businesses, but in many instances, Americans overconsume and end up in suffocating debt.

Pandemic 2020: This year, the CDC (Center of Disease Control in Atlanta, Georgia) has issued a stern warning. Thanksgiving should be canceled, held virtually, or at least, held with the strictest of precautions, because it was found that there has been an upsurge in cases from small intimate meetings. This, of course, leads resistors to chant, “This is a on war on Thanksgiving!” 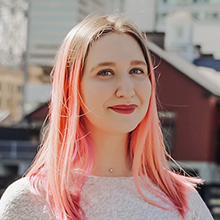